IBM Connect through Maria’s eyes – where’s my booth at?

Back from IBM Connect! And back with a BANG. Becase this conference was very much different than the past five I've attended. In a better way. Here's why:

First: a new venue, no Disney Swan and Dolphin. Instead Hilton. Okay?

Second: no Infoware booth. What now?

I have been to five earlier IBM Lotusphere/IBM Connect and enjoyed each and everyone of them. On every conference I have been working in Infoware's exhibitor booth meeting customers, IBMers and resellers. I have listened to the visions and news from IBM and to our customers' thoughts. And each and every time I have been travelling home enlightened in many ways.

So this time, it's safe to say the questions were many more than the answers when I hopped on the airport train early Friday morning with destination Arlanda.

But some questions got answers already when I swapped flights in Frankfurt, when I saw a bunch of friendly faces cheering at me. Yay, the people in this community of ours is one of the best, no question about that.

And to arrive in Orlando several hours later and see part of the Social Connections team filled me with even more expectations for the week to come. Things were looking good! After all, the number 1 thing people always say when referring to what makes IBM Connect so good is that: "It's all about meeting other community members."

What about the questions then?

The Hilton – this was a real winner, and maybe one of the keys to make it a successful event. Even if I am truly fond of the whole Disney thing with the iconic Swan and Dolphin hotels to wrap around it, the conference last year was some sort of a hick-up. Everyone was talking about the conference as "maybe the last one", and how many attendees we were, and what IBM would do. However, the nice surprise was, that people really did show up. Almost 1000 more attendees than expected, so I heard. The exhibition area was cramped with people. A lot of good discussions took place, and IBM showed us new and shiny stuff on stage. But all the same, the feeling of "the last one" lingered on.

So when IBM announced this new venue they had all the possibilities in the world to do a fresh start. And they did! Almost everything had a new smell to it. The hotel itself was as new as could be, the staff friendly and the food better than at Dolphin/Swan. Also the conference rooms and the Expo for sponsors was nice surprises. This was all very contagious on us all, so we were all smily faces. 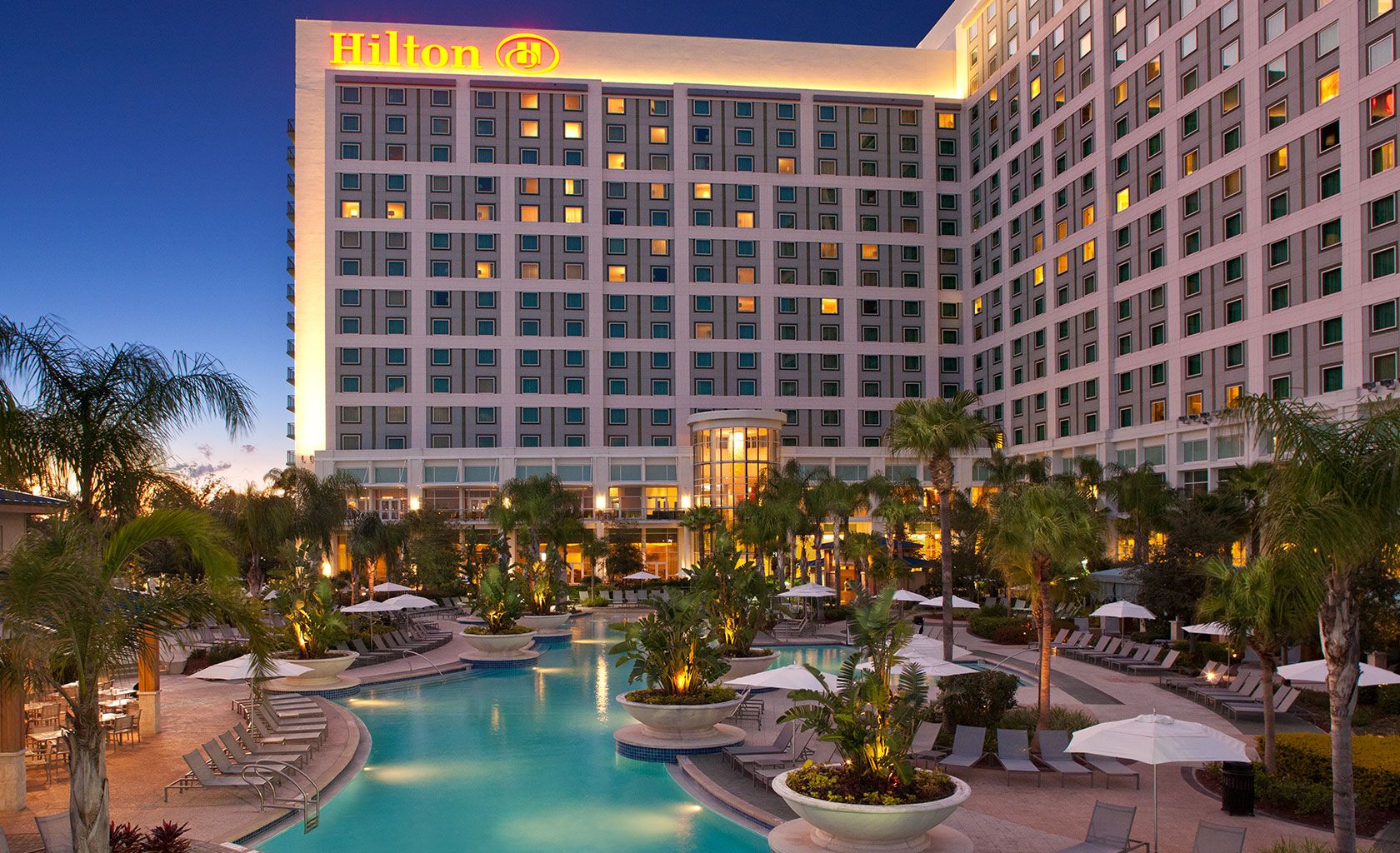 The content then? One particular thing I liked was that The Opening General Session (OGS) was divided in two and had two clear messages. Vision and demo. Highlights from the OGS was for me:

– Project Toscana. Can't wait until I try this. A communication platform to use in teams or projects where you easily can communicate with each other on different topics, sharing files, etc. Almost an IBM version of Slack. High expectations on that one!

– The new homepage. Start your work day with a sleek looking homepage where you see everything that has happened since you left off. Super easy access to mail, calendar, connections, profiles with nice looking stacked cards.

– The personal assistant. Finally is Watson available to you and me with suggestions, nudges and helps during your work day. Let the machine work for you, and not the other way around.

What about the Infoware booth? This was a new experience for me. I suddenly had no home base where I could have conversations to our customers or demo our product DomainPatrol Social. But on the other hand it was also some kind of freedom! I could instead wander around wherever I wanted and catch people I wanted to talk to on the go. I had meetings in comfy sofas around the hotel, outside in the sun, or why not in the bar. The lack fo a booth didn't stop me for doing all those kind of things I normally do at IBM Connect. And it worked! 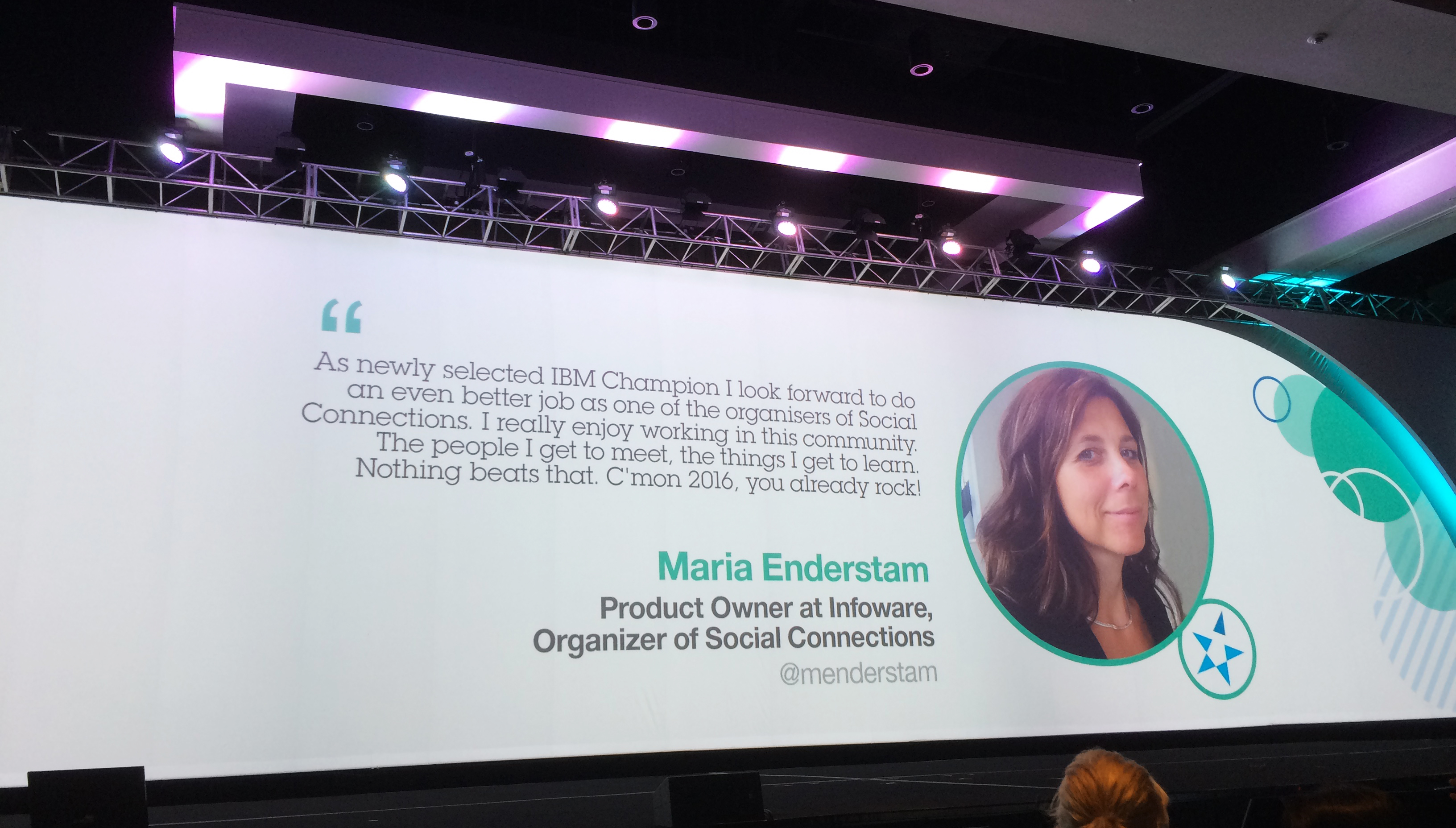 The IBM Champion thing then? This was truly the biggest eye opener for me. First I want to give praise to the amazing Amanda Bauman who is responsible for the IBM Champion program. She had arranged all sorts of activities for the Champions during the week, making sure we all felt welcome and connected.

Since I am one of the new Champions I just concentrated to tag along those who have done this before. And what a friendly bunch they all are! I know some of them before, but suddenly I got to learn new names and faces and they all welcomed us new ones with open arms. I can truly say I haven't laughed as much in a long time. Thank you all!

So all my questions got answered in a much better way than I could ever imagine. IBM Connect 2016 was just as fabulous and inspiring as it could ever be. And I think Disney really poured some magic over us.

This website uses cookies to improve your experience while you navigate through the website. Out of these, the cookies that are categorized as necessary are stored on your browser as they are essential for the working of basic functionalities of the website. We also use third-party cookies that help us analyze and understand how you use this website. These cookies will be stored in your browser only with your consent. You also have the option to opt-out of these cookies. But opting out of some of these cookies may affect your browsing experience.
Necessary Always Enabled

Any cookies that may not be particularly necessary for the website to function and is used specifically to collect user personal data via analytics, ads, other embedded contents are termed as non-necessary cookies. It is mandatory to procure user consent prior to running these cookies on your website.